The Importance of Influencers – Why You Should Aspire to Other Leaders

I think one of the fundamental steps towards trying to become a great leader is to think of who inspires you, great influencers you would most want to be like.  Perhaps it is part of the human psyche to search for someone worthy of our respect, attention and desire to emulate and for each of us they will be different people that we consider tick these boxes for ourselves. 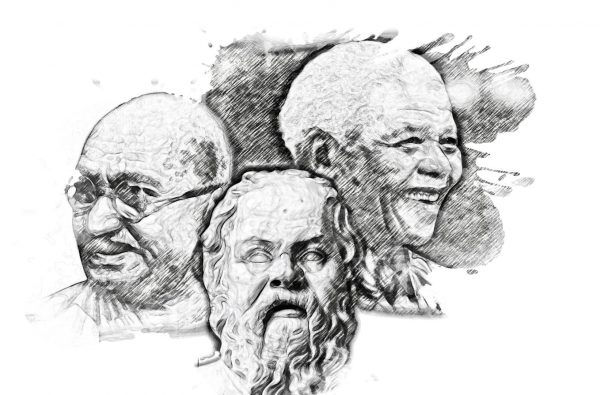 It doesn’t matter if you refer to them as mentors, teachers, hero’s or influencers.  Call them what you will, for you they are leaders as they have been before you and carved a path that you want to follow.  They have had a profound effect on your life and may well have moulded some of the beliefs or attitudes that you hold dear. However, remember, as with any human being they are not perfect.

Great influencers can be ordinary people

Of course, there is an almost inexhaustible list stretching back over the years of time of leaders that most people would look at and agree that they were pretty amazing, even if they personally do not hold them as one of their influencers.  However, don’t forget the smaller, quieter ones.  The primary or secondary school teachers who paid specific attention to you and encouraged your development.  Your parents who may have provided the opportunities for you to explore and test yourself. The colleague, boss, co-worker, who took you under their wing when you were starting out.  We travel such a varied path from babyhood to death that inspiring leaders and influencers will crop up all of the time and they won’t always be a big name and may even be younger than you.

However, again remember that even the most saintly of leaders will have bad bits to them, rotten ideas and questionable views or actions.  They’ve all had 2 arms, 2 legs, a head and torso which they’ve had to feed and expel from (how polite am I!) just as we do and that’s why I love the ones I look up to.  We should take heart that they are quite ordinary when boiled down as that is what makes their greatness, for us, achievable.

Choose aspects of influencers that match your own values

Picking the best bits from each one that truly resonates with you and your psyche is the way to be.  You can then seek to improve and expand on those traits that are good whilst also seeking to discard or eradicate the ones that are not.  And always leave room for expansion as more appear on your path.

If I can term it pictorially consider yourself as an abacus, you’ve seen a quantum computer and you sooo want to evolve and develop into that quantum computer.  As the abacus you won’t have a clue how you get there but there will be leaders in their fields who will have the knowledge and insight they can share with you to turn you into that super computer. From this state you will, yourself, be able to turn back and help other abacus become quantum computers or even go on to surpass you.  Now isn’t that the sort of great leader and influencer you’d want to be?

Pam provides audiences with a raft of take homes in her inspirational keynote talks.

This is more than just an inspirational talk, it is a step into Pam’s life where she gives you permission to access her inner strength as well as the tactical tools to use.

They’re tangible yet connect with everyone on a deeply personal and emotional level.

Get in Touch
PrevPreviousAs a Leader, If You Aspire Towards Greatness Maybe, One Day, You Will Become One
NextShare Your VisionNext